Today we begin the second special session of 2018 because we have not accomplished our legislative duty of passing a viable budget. There has been a lot of convoluted explanations for why this is, but it is really quite simple:

This is the reality we faced when we entered the first special session of 2018 in February. However, when presented with fiscally responsible and long-term solutions, the House of Representatives chose not to address our revenue problem, leaving us with a $994 Million deficit.  The State coffers have since benefitted from federal tax reform, as expected, leaving a $648 million hole in its place.

Due to this inaction, short sightedness and previously ignored opportunities for real reform, the Legislature was forced to fashion a budget encompassing $648 Million in cuts and absolutely no replacement revenue for the $1.4 billion in expiring taxes. These cuts threatened to shutter the state’s public-private partnership hospitals and put in jeopardy healthcare services for 46,000 people, while only funding TOPS at 70%, making $96 Million in cuts to higher education, and placing public safety at risk through reductions to the Department of Corrections.

Legislators responsible for failing to pass real reform expressed qualified support for these extreme cuts, claiming that it was just a part of the process and that the budget was sure to change and get better by the end of it. Instead of passing real solutions, they passed a bill outlining what they should do if they raised the revenue needed. It was a path of what they say they wanted to do, but not what they actually did. When this budget landed on the Governor’s desk, he vetoed it, which is also a part of the process when legislation is based on promises and pretend scenarios.

Today we begin special session and we stop talking in hypotheticals. Our job as Legislators isn’t about making a wish list, it’s about passing legislation and making a budget. It’s about passing a real budget that addresses the very real needs and values of Louisianans. 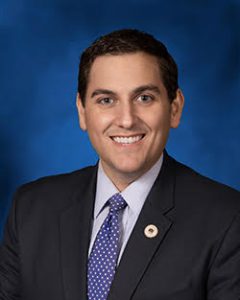